Black Words: “Who’s Up Next”

Home Is Where You’re Fighting To Get At It

An Essay on Music and Memory in Times of Transition

For years Chicago was my city, my center and my muse. Chicago was my on again, off again college sweetheart. Sure, we may have taken breaks over Christmas and Thanksgiving and I might have flirted with New York and Denver but I always knew I’d come home to her. We had gone through too many fights, birthdays, finals, and first dates for me to ever stay anywhere else too long. When I was away, she would send me mix tapes infused with that instantly recognizable Chicago sound. Sometimes, when I was lonely in my childhood home in Colorado I’d play Common or Kanye just so I could hear her voice; that wholesome, familiar sound that always reminded me of going to church.

END_OF_DOCUMENT_TOKEN_TO_BE_REPLACED

Chance and Tree Make Mixtapes for a Mild Season

In June, I moved from my room in Kenwood, close to the lake, to west Hyde Park, on Drexel Avenue.  I share an apartment with my younger brother Alex, 25, who just moved to Chicago from San Antonio.  With the Red Line currently under construction, we get on the Green Line at the 51st Street stop to go downtown.  Though never as convenient as the Red Line or the #6 bus, it’s the route I’ve always taken with out-of-town visitors for a topographical look at the South Side.  Now it’s my regular route to work, and Alex, as he becomes acquainted with the city, gets a bird’s eye view each time he ventures north.  Alex loves hip-hop, like I love hip-hop.  We’re the guys on the train, headphones on, totally in tune with our favorite rappers; you might think we’re talking to you, but really we’re just singing along.  The Green Line is spacious and peaceful, a perfect moving stage for the solipsistic listener-performer.

END_OF_DOCUMENT_TOKEN_TO_BE_REPLACED

The Ill Effects of WGCI 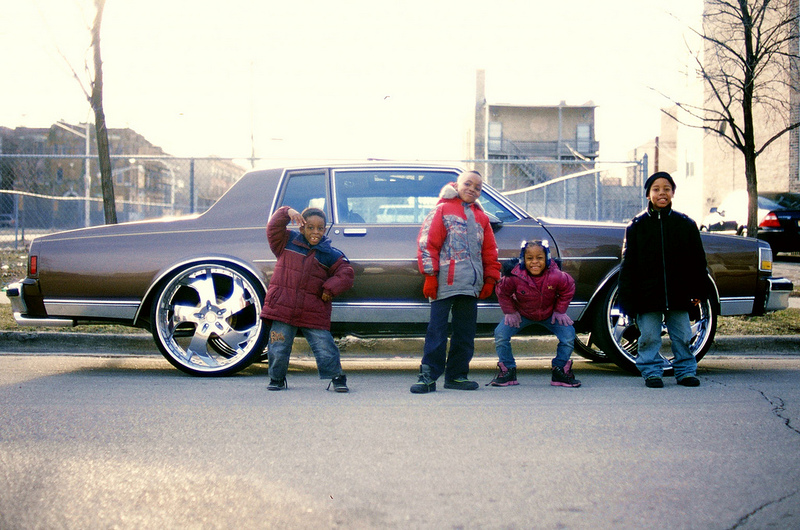 Apart from his music, and lots of charisma, you might wonder about all the fuss over Kendrick Lamar, ranked “Hottest MC in the Game” by MTV’s vaunted Hip-Hop Brain Trust earlier this year.  There have been extremely talented, charismatic, even prophetic rappers before, and younger than Lamar, who at 25 has already assembled a body of work rivaling the greatest rappers’ of all time.  Nas released Illmatic, the gold standard for lyrical debut albums to which Lamar’s first major label release, good kid M.A.A.D. City, is often compared, at 20.  Tupac, Lamar’s favorite rapper, died at 25.  And, incredibly, Pac and Nas were on the radio at the same time.

If you really want to know what makes Lamar interesting, what sets him apart from so many of his peers, and even a few of his idols, turn to FM 107.5 WGCI, “Chicago’s Hip-hop and R&B.”  On GCI, the two rappers who followed Lamar on MTV’s list of the Hottest MC’s in the Game, 2 Chainz and Rick Ross, rule the roost.  Between 2 Chainz’s clowning and Ross’s disingenuous showboating sits Lamar in lotus position, with three singles from good kid in heavy rotation. END_OF_DOCUMENT_TOKEN_TO_BE_REPLACED

Rhymes and Reasons featured in Unbound

Rhymes and Reasons has been featured in Unbound, an interactive journal of Christian Social Justice. Click here to read the feature.

Rhymes and Reasons is a series of interviews with hip-hop heads who talk about their lives in the context of songs that matter to them.

Got a story to tell? Send an email to ThisIsRhymesAndReasons@gmail.com and we might interview you.